A Trilogy, A Battle and A Gavel… 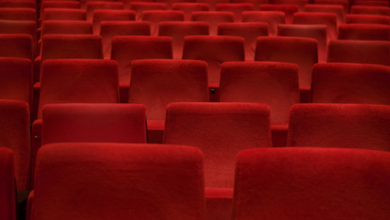 Peter Jackson releases the final Hobbit film, the Golden Globes are all the buzz and Dustin Diamond might see some jail time. These are some of the latest headlines to hit the entertainment world this past week.

The Hobbit: The Battle of the Five Armies rang in the new year with a “precious” $200 million-plus nationwide this past holiday season. Full of adventure — and a whole lot of green screen action — the movie is the third and final installment of the J.R.R. Tolkien Hobbit story. Filmmaker Peter Jackson has done it again, and this could be one of his best. This movie was a solid thrill ride, with not much time for breathing room. Bilbo Baggins went on a journey and so did the world. Thank you, Peter Jackson, for a marvelous ride. Peter Jackson made the over 300 page book into a trilogy. Do you think it was one too many films? Did Five Armies have too much action? Was The Hobbit series better than The Lord of the Rings? Personally, I think it was a an amazing journey and I am left wanting even more. Feel free to comment and send me your thoughts Hollywood Close-Up

Awards season begins and it is going to be an exciting one. The 72nd Golden Globe awards happens Sunday, Jan. 11, and the race is on. Hosts Amy Poehler and Tina Fey claim this will be their last year hosting. Please, say it isn’t so! This dynamic duo always seems to make this awards show into an adventure in laughter. The nominee list is full of so many talented actors, writers, directors and creators, and it is going to be a tough call on who leaves with the big trophy. Films like Foxcatcher, Boyhood and Selma are all in contention for best picture. Not to mention the talents of Jake Gyllenhaal (Nightcrawler), or Micheal Keaton soaring in Birdman. Grab yourself a good red wine, fill in your home ballots and sit back and enjoy what should be a spectacular evening full of fun and surprises. Who do you think will take home the big prize?

Somebody needs to be “Saved by The Gavel” is definitely a headline to be seen in the near future. (By the way, I said it first). That’s right, one of the old cast members of the ’90s tv series “Saved By the Bell” might be staying a little longer after school. “Screech,” aka Dustin Diamond, allegedly got into an excursion in a Wisconsin bar over the New Year’s holiday. There was an apparent stabbing and it warranted enough evidence to head to trial. Hopefully justice will prevail and Dustin Diamond will put this happenstance to a “Screeching” halt.

That’s a wrap for this week. Please join me next week as I cover some of the good, the bad and the quirky entertainment news in my new blog.

Ep68 – The Selfish Episode Part: Deux Caring for Your Acting Instrument: What I Learned from Marilyn Monroe