What Boston Sports can teach us about being an actor. 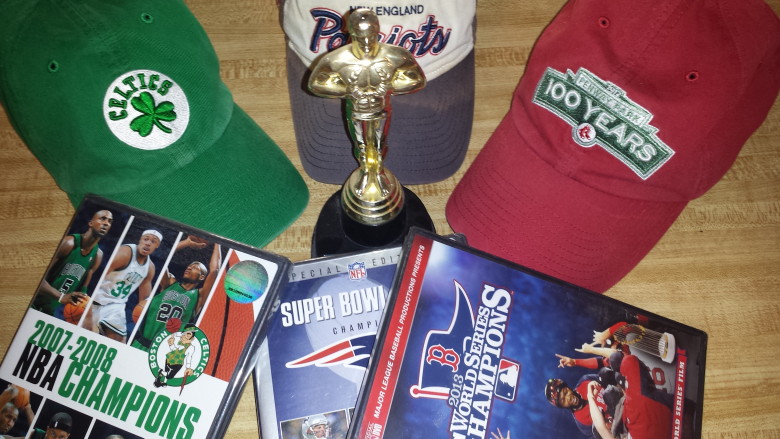 Plain and simple, the entertainment business is an extremely hard nut to crack. And then to sustain oneself in the ‘biz’ is even more difficult. However, I found something that helps me, and might give you an edge to push your career forward. No matter what city you are from, following your favorite sports team can help. From the time I was a little child and especially in the past 12 years, the professional sports teams in Massachusetts have greatly inspired me to stay focused in life and my acting career.

Now you might be saying: Wayne, are you serious? How can professional sports help move my career forward? Well I would like to answer that, but first a little history…

A pre-requisite for growing up in Massachusetts is being a die-hard sports fanatic. As a result, Boston sports are a huge part of my life! The city has all four of the major sports franchises: baseball, football, hockey and basketball. You may be wondering what this has to do with the acting business. I believe that many of the same things it takes to be a professional athlete are required to be a professional artist. Success in competitive sports requires perseverance, dedication, a winning attitude and, most importantly, learning how to accept failure. Doesn’t being an actor require the same disciplines?

The Red Sox took years to work back up to winning another world series! I saw the struggle year after year as I was growing up and (as the aforementioned early sports fanatic) it was heart-wrenching. It happens in sports all the time, and it happened to the sox more often than not. “There’s always next year” was a normal phrase in our city. This feels a bit like auditioning and not getting the role. “There will always be that next role…”

The Celtics won eight times in a row from 1956-1966. They have 17 world champion banners hanging above their home court. The most recent win, 2008. But, what happened in the years they didn’t win? Did they quit or give up? Of course they didn’t, and neither should we when going from audition to audition. They just kept practicing to get better.

The Super Bowl this year belongs to the New England Patriots! Yet another Boston team proving time and again how NOT to quit. A once mediocre franchise that couldn’t bring home the big trophy, won its fourth championship game in 12 years. You win some, you lose some. You get the part, you don’t get the part. I use sports as an example of playing the long game. Sports can show us that you must fight for what you want. Athletes try harder after they fall. They mentally prepare themselves for being a winner, but also learn to accept a loss. We as actors should follow suit and take these attitudes into (and out of) the audition room.

Athletes physically and mentally prepare every day. If you are serious about taking your acting career to the next level, you would be smart to do the same. Though we are not in control of what a casting director wants for a particular role, we are in control of keeping our mind, body and spirit prepared for the big win!