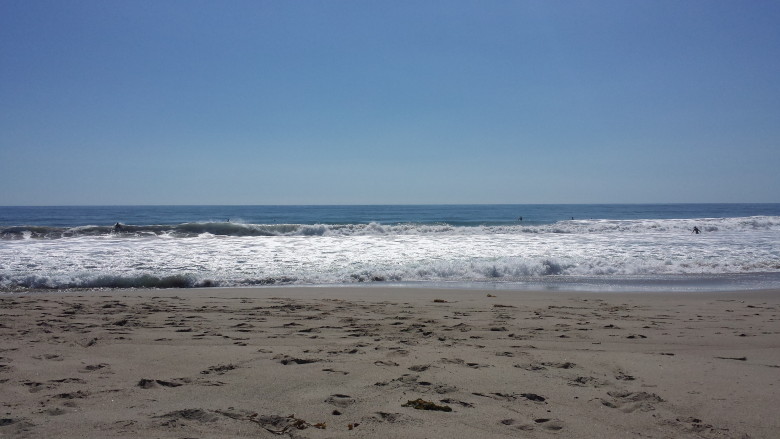 If you are not a fan of Universal pictures Fast and Furious franchise you might just want to get on the ride. The latest incarnation in the series “Furious7” has it all, including the final appearance for the late Paul Walker It has just about everything a man, woman or child could want in movies. Fast cars, beautiful people and tons of ‘off the cuff’ action. The stunts are ridiculously dangerous and the action is non-stop.

Mega men like Vin Diesel, Dwayne “The Rock” Johnson, Jason Statham and new to the series Kurt Russell are along for this epic 2 and ½ hour thrill. We get to see Tyrese Gibson steal the comic relief lines, while the always beautiful Michelle Rodriquez has a classic one on one girl fight with UFC champion Ronda Rousey. It appeals to the masses as it opened last weekend with over 144 million domestically (shattering April stats) and more than 300 million worldwide. The Easter bunny left a big basket of goodness to “Furious 7.”

Fast and Furious. The pace of a film usually depends on the genre and subject matter for said film. A film of this magnitude has higher expectations of action and stunts in each new film of the franchise. Great directing, through careful planning and execution, are key. Remember kids all the stunts are in a closed professional environment and it is a movie.

The elaborate stunts become more implausible, but we as the viewing audience seem to have no problem accepting it. Most of the time we are trying to catch our breath from the last big action sequence. Whether Walker and Diesel are crashing cars through buildings in Dubai, or “The Rock” is blasting an armored helicopter with endless machine gun splatter, it is pure guilty pleasure!

Fun and Dames: The Furious series always gives us an unexpected ride, full of fun and lovely ladies. Each time a new Furious film comes out there is a great sense of excitement for the movie goer. I find these films are a welcome change coming right out of award season. You don’t have to think much, you don’t worry about the sappy dialogue, you just go to see this all-star cast wreck things and put the bad guys in their place. As always the soundtrack booms, and there are plenty of gorgeous women!

Who doesn’t want to see the lovely Michelle Rodriquez or the always attractive Jordana Brewster These two light up the screen with sheer eloquence. Though Jordana’s part in the franchise has dwindled quite a bit she has a presence onscreen that absolutely compliments her time. Michelle Rodriquez kicks bad guys (and girls) ass, yet she emotes well as the girl who wants to continue to be a part of the team.

Paul Walker. As I watched Furious 7 I could not help but get emotional each time Paul Walker was on the big screen. Every twist and turn I often wondered “Is this the scene in which we see his character die”. Walker died as a passenger with the driver and friend Roger Rodas November 30, 2013. The production of Furious 7 shut down for a few months as the world mourned the death of such a young star. Through the magic of filmmaking and the close likeness of Walkers brothers, (Cody and Caleb) scenes that were not finished because of the premature death were digitally enhanced to finally finish filming. As I watched the movie on the big screen last Saturday, the sfx worked like a charm. I couldn’t tell what was Walker and what was his brothers. I have a soft heart and have always enjoyed the work of the late Paul Walker. I am very proud that Furious 7 gives an amazing homage to a soul taken so young. Spoiler Alert: Here is the fitting tribute.

Loud, fast, furious and fun is the only way to describe the franchise! Grab some popcorn, a little kleenex and buckle up for one “last ride”.