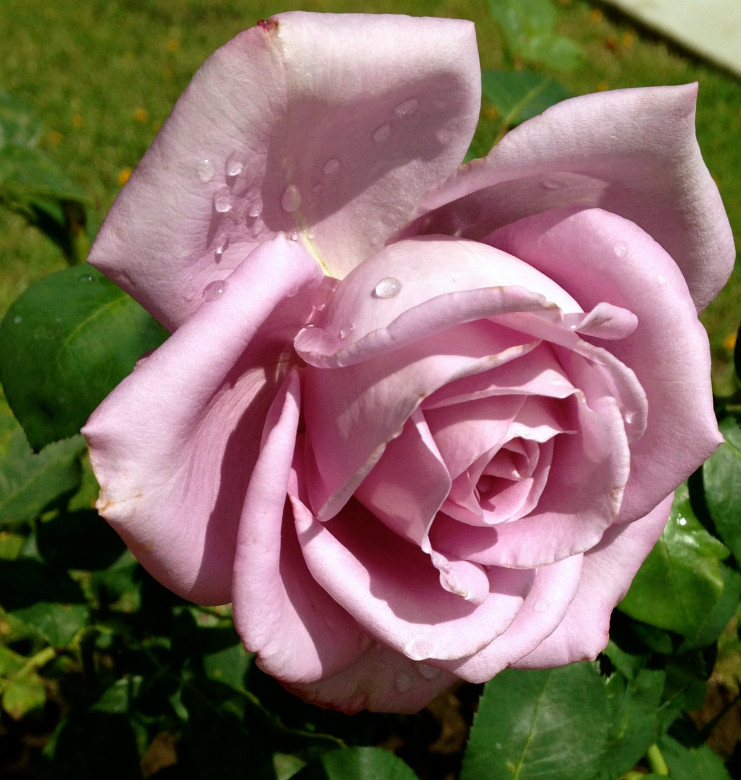 Recently on Hollywood Close-Up, my co-host, Wayne Frazier, claimed that I don’t watch movies. Although, I may not have seen as many films as my partner in crime (who sees almost every new movie opening weekend), I’ve seen my share. There are many films with incredible acting performances that have helped pave the way for me in this industry. With last month being Women’s History Month, I got inspired to write this blog about women in film that have had an impact on me at different points in my life. Choosing which women to write about was very hard, but I’ve narrowed it down to these five actresses whom I admire and respect. With every performance I have seen, these women have inspired me. Honestly, there’s been several times I’ve wanted to throw this blog away because there are just so many things to say about these amazing women that it made it hard to push post, but clearly, I did it anyway.

“Perseverance is failing 19 times and succeeding the 20th.”
The first non-cartoon movie I ever saw was The Sound of Music. I was four years old, sitting at home with the chicken pox, watching it with my Grandmom. This was my introduction to Julie Andrews. I immediately wanted my parents to have more children and hire a governess. It amazes me how this film, which is celebrating its 50th anniversary (and being released in theaters this month), and its songs continue to captivate audiences. I believe this is huge in part to Julie Andrews. She is a true queen. If you disagree, just watch The Princess Diaries. With such an exquisite voice, it was truly sad to learn that after undergoing throat surgery, the Oscar award-winning actress may never sing again. But despite this difficult fact, Julie continues to share her gifts with the world in so many ways.

“I’m just an ordinary person who has an extraordinary job.”
My mom took my friends and I to the movie theater to see My Best Friend’s Wedding. This was my first introduction to Julia Roberts. I had heard of her before and knew that she was the lead in the movie Pretty Woman, but I had no idea how charismatic and funny she was. I remember thinking, she was a movie star. Of course everyone else already knew this! Julia has taken us on an incredible journey throughout her career from Steel Magnolias to Stepmom to her Oscar winning role in Erin Brockovich to Closer. Most recently she amazed me again in her portrayal of Dr. Emma Brookner in The Normal Heart. She played this role as I believe she does all of her roles, with incredible truth.

“Nothing is impossible, the word itself says ‘I’m possible.”
This classic Academy Award-winning actress, Audrey Hepburn, first stole the world’s heart with the films Roman Holiday, Sabrina and My Fair Lady. She then stole my heart about 40 years later when I first saw her as Holly Golightly in Breakfast at Tiffany’s. I recently read that Audrey originally wanted to be a ballerina. Unfortunately, because of the hardships she experienced physically during World War II, her dream to be a ballerina would not become a reality. This did not stop her from dancing though, as she took her training and pursued roles in musicals. This led to her first jobs in film and then eventually to being cast on Broadway. And the rest is history. I have decided to focus on the performances of these women in this blog, but through my research, I learned alot about Audrey’s extraordinary work as a humanitarian. To read more about that, CLICK HERE.

“You only have one life and if you’re not doing what you love, what’s the point?”
I was first captivated by Hilary Swank during college when I watched Boys Don’t Cry. To this day it is one of the best performances I have ever seen by an actress. Not only did Swank win an Oscar for this role, but she earned herself a well-deserved Golden Globe, NYFCC Award and a Critics Choice Award. Swank by no means had it easy in this business. When she first moved to Los Angeles at 16, she lived out of a car with her mother. She has gone on to play some amazing roles including her other Oscar winning role as Maggie Fitzgerald in Million Dollar Baby as well as another personal favorite (where she made me cry like a baby), Holly in P.S. I Love You.

“If you always do what interests you, at least one person is pleased.”
This is the eldest of the actresses that I am writing about in this blog and sadly the last one that was introduced to me. I had been compared to Katharine Hepburn years earlier, but had never seen a single one of her films. Once I realized what I had been missing out on, I ran out to rent The Philadelphia Story and Adam’s Rib. I was instantly inspired. Katharine was a woman who danced to her own music, wearing pants instead of dresses and no makeup. She was one of the first to truly take hold of her own career and make her own rules in Hollywood. After starring in The Philadelphia Story on Broadway, she bought the rights to the film and took control. She not only made it a hit, but also won herself an Oscar nomination.

What women in film inspire you?