Star Wars 7: Is the Force Strong with this One? 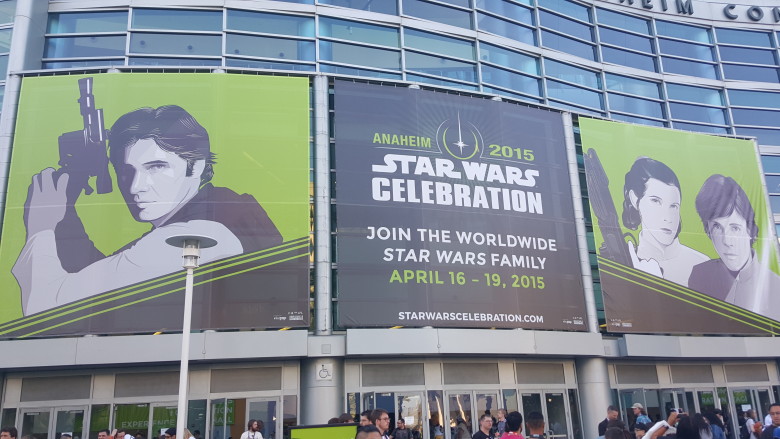 Star Wars Celebration 7: Like a kid in a candy store, I had the pleasure of attending the 2015 Star Wars convention this past weekend. It was everything and more as my eyes lit up, my heart pounded in anticipation and my mind was soaked with the amazing amount of fans. Three generations of people gathered to view the new teaser trailer for “Star Wars The Force Awakens” and so much more. There were exclusive interviews with new director J.J. Abrams, producer Kathleen Kennedy, and some of the original cast members like Carrie Fisher and Mark Hamill. People were gushing over all the toys and trinkets, life sized sets and even the R2-D2 room was overwhelming. I, like so many others have been and am still mesmerized by the phenom of these films. Actors, creators and the love of the “Star Wars” universe is why I continue to pursue a career in the entertainment world.

You can probably figure out from my other blogs “Preparation is the Key” and “What Boston Sports can teach us about being an actor” that I love sports. It’s kinda a no-brainer. However, when it comes to movies, I, along with the other some odd millions in the world, spent many hours wooing over the original Star Wars trilogy. The ‘Force’ is all too present in my mind, body and soul. The epic “A New Hope”, “The Empire Strikes Back” and “Return of the Jedi” consumed my childhood. As the world approaches the December release of JJ Abrams “The Force Awakens” I want to reflect a little on how these films helped me decide filmmaking was the right path for me.

First, if you haven’t seen these movies like my co-host and best buddy of Hollywood Close-Up podcast Natalie Lipka you are overdue for a journey to a galaxy far, far away. It is unfathomable to think there are people who haven’t seen or been influenced by these powerful films. It is so much more than sci-fi/fantasy entertainment. It is a world full of possibility and anger, hope and fear, love and loss. The Star Wars universe pulls you in and escalades into a momentously structured saga that leaves you wanting more.

Breaking the Universe. Star Wars: “A New Hope” was released on May 25, 1977. George Lucas created and directed what would become one of the most iconic film series in history. The Star Wars trilogy broke box office records all over the world. There would be 2 more sequels, numerous books, comics, articles and toys. Later in the nineties Lucas added 3 prequels to the series (movies that happened BEFORE the originals) and eventually sold the franchise in a multi-billion dollar deal to Disney. And now we are on the cusp of a brand new adventure with Han, Luke and Leia and I am pacing each day with anticipation.

Heroes. Growing up my sports heroes were Carl Yastrzemski, and Pete Rose. Then I saw Star Wars: A New Hope and everything changed forever. I discovered actor Harrison Ford and I wanted to be just like him. He was Han Solo, Indiana Jones, Blade Runner and my new hero. Who is your childhood movie hero? 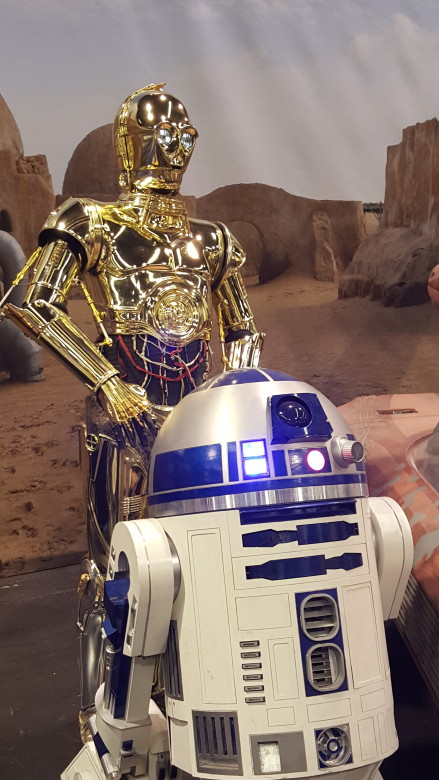 I have actually lost count of how many times I saw Star Wars, but each time I found myself lost in the adventure. As corny as it sounds, it was my own new hope. The film became such an influence on how I live my life today. The whole movie was my hero. The life parallels of good battling evil, hope in an otherwise hopeless situation and love. A great example is the lightsaber battle between Darth Vader and Ben Kenobi, friends and mentors on the opposite side of politics fighting for what they believe is right. Luke Skywalker gives us the courage to move forward in life, he is a new hope in the universe. We all need hope when dealing with our own personal lives, and everyday situations. It’s not just about good versus evil, it’s about how you must push yourselves and believe there is good in everyone. Who can forget the bond of droids C3PO and R2-D2! All these things wrapped into one 2 hour movie, brilliant.

Quotes, quotes and more quotes: The most popular “May the Force Be with you”, “Luke, I am your father” and “Obi-Wan your our only hope” are just a few in the many intertwined in the films. It is amazing how many friends and films have taken the dialogue and interspersed them in everyday conversation. What is your favorite Star Wars quote?

What does “Star Wars” mean to you?